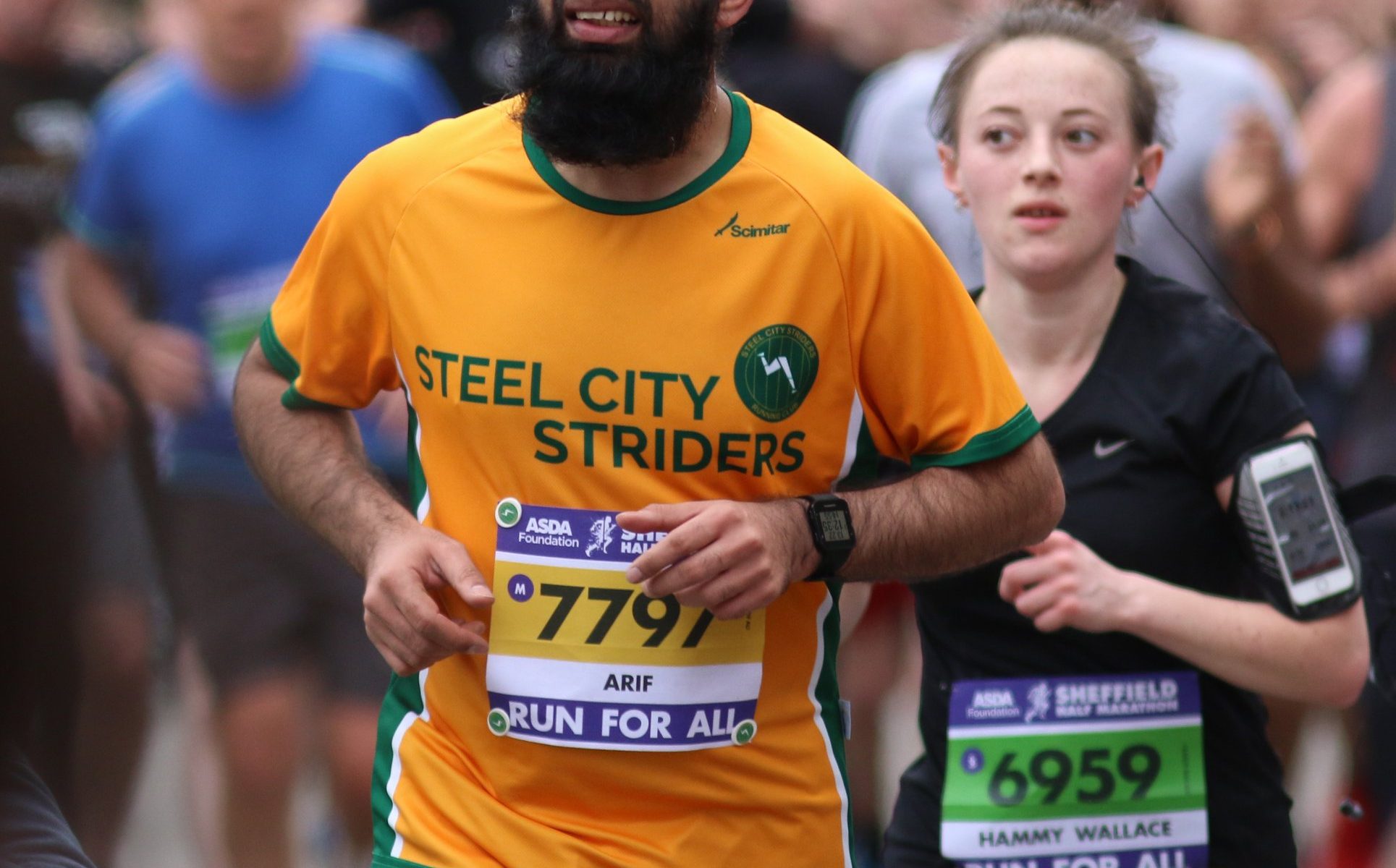 Over the weekend, was my first ever Half Marathon, where I was in the Sheffield Half Marathon, run by Run for All. I had registered for this event in September 2017. The event is always well organised, emails and guides from runforall.com on regular basis.

So my training, in essence, started in October, and the training really started to bump up in January going from 10 miles a week to approx 20 miles a week. This was helped by joining the so call daft’o’clock crew organised as a social run by Steel City Striders on Saturday mornings at 7am. This helped me to really push myself in the distance and managed to do 10mles, 13.2, 14 and 15 miles. I also did a few solo long distances 12 miles and 13.2 miles. So after doing these distance, I thought I would be in fantastic shape for the race

Leading into the race, Monday was supposed to be my last run of about 5 miles. It didn’t help, the fact there was snow overnight, and there was a lot of slushes. I decided to to take out my new trail shoes and went down to Trans Pennine Trail (TPT) in Rother Valley. The conditions were slushy, muddy and a lot of puddles, which some of them were ankle high. The run was great, but getting home, and taking the socks off, realised a black toenail. It’s here, that I was potentially thinking of withdrawing from the race. However, after 2 days of pain, got great suggestions from fellow running colleagues to go to Chiropodist. I sent the Chiropodist a photo a day earlier, and when going in, I was told, it looks a lot worse than expected (good thing I went in). She managed to get all the blood and puss out, and it felt like there was an instant relief. I had until Friday afternoon to make a decision to withdraw and transfer to Leeds or stick with Sheffield. I felt good, with minor pain, and decided not to withdraw.

Moving to the race day, and there were so many reports on differences in weather, is it going to rain, cloudy or sunny, Fortunately, the weather forecasts from many days ago did happen, and it was cool and dry. My toe felt really good with no pain at all, so this was a good start to the morning. As per usual with any of the races, the Striders tend to get together in full force and have a team photo. as below; wonder if you can spot me?

I was going into this well prepared, I thought and considering this, I was going to follow the 02:05 pacer to the top of the hill, and then to speed to the finish to aim for about 02:00. The start was a bit slow, first, there was an obstruction on the route, which the Police had to resolve. This meant that the race started 10 mins late. Also, about 200 metres in, and all the people had stopped (due to overcrowding), maybe losing about a minute overall; maybe something needs to be re-considered here for next year.

I managed to start quite far away from the 02:05 pacer, as there weren’t any tents or signs of which pacing flag was going to be in which tent. So I ran pretty fast and caught up with the 02:05 pacer. I was in great momentum and just continued with the good pace towards Endcliffe Park. I purposely slowed down for the hill, so that I can keep to the overall momentum. The first water station caused me a slight issue, I think, I took too much in, and I started to feel sick when I had to stop and compose myself for about a minute. The hill, however, did feel like it was never ending, but got to the top to a time, that I was very happy with. But as I was going past the supporting Striders, my left foot start to get pins and needles, and in the end, after about half a mile went numb. So that I don’t injure myself, I had stopped, and take my shoe off, and ensure that my foot was in working order. I think I may have lost about 2 minutes by doing this. By now the 02:05 pacer had taken over.

In essence, this gave me great energy again, as I had recuperated, I manage to get to about mile 10 without any hitches and was keeping close tabs on the 02:05 pacer. I just thought to myself, “I don’t want to injure myself, and will be happy with 02:05”, so I paced myself accordingly. However, getting just past 10.5 miles, my right leg started to feel cramps, so had to slow down incredibly. Unfortunately, the cramps got worse and worse as the race went to the finish, and I think, I may have stopped about 20 times now. I saw the 02:10 pacer go past, and then it was more to do with damage limitation, and just hobble to the end. Unfortunately, in the end, after the finish line, a kneeled down, and the cramps got significantly worse, where my legs just collapsed, and couldn’t get back up. Would like to give big thank the medics, who got me up onto a wheelchair, and into the medics tent; fortunately, nothing serious, managed to get back up, and walk to the finishing goodies, and back home.

In the end, I achieved a time of 02:12:50, which, from the beginning doesn’t look too great. But, when I look back at this race after a day, then I would say, this was a fantastic achievement overall, considering I only restarted running in January 2017. Again, as per usual in my posts, would like to thank everyone who has helped me to get to this stage over the past 7 months. Also, special thanks to everyone who shouted out to me during the race, as well as stopping for me to help me out, it’s all really appreciated.

King of the Hill:
http://chiptiming.co.uk/events/run-for-all-sheffield-half-marathon-king-of-the-hill-2018/7797/